Funeral collection vehicles, what are they and what service do they offer?

When we talk about funerary vehicles, we usually think of luxurious cars for ceremonies, however, there is a very important typology, and less known, as are the funeral vehicles collection or transfers, which carry out a logistical service type collection of a corpse at the time of death, either by accident, home or hospital to the morgue or funeral home.

We have spoken with Marc Pujantell, head of Marketing Bergadana – leading company in vehicle transformation – who has extended the information on this type of vans.

Marc tells us that these are multifunctional vehicles that can transport a body on a funeral stretcher or in a coffin; and that its configuration when it comes to car builders depends on the needs of each client.

Configuration of the funeral collection vehicle

Since Bergadana clarify that these vehicles, also called judicial or transfer vans, consist of a cabin adapted with fastening systems to incorporate funeral stretchers, coffins or a combination of both. The cabin usually consists of 2 levels to transport up to a maximum of 4 bodies. The upper level is used to place the coffins, which is more practical for the driver, while the lower level is used to load the stretcher to the rail or anchoring system. There is also the option of hydraulic lifting of the upper level to facilitate loading.

The funeral home, who performs this service, is contacted by the hospital to carry out the transfer, and uses a funeral stretcher that allows access to areas of difficult passage, as is the case of the TGF-241 funeral stretcher of KARTSANA, which has a removable upper tray with wheels allowing the deceased to be moved vertically by accessing lifts or stairs.

The characteristics of the collection vehicle and the funeral stretcher

The cabin of the van has a thermoformed ABS lining, 100% recyclable, fully adapted to optimise space, while being very resistant, watertight and easy to clean and sterilise. Hence the importance of the interior elements, including the stretcher, being resistant, easy to maintain, easy to manoeuvre, safe and light, which guarantees an optimal service.

The TGF-241 stretcher model from KARTSANA is the most widely used on the market, offering a functional and discreet transfer, without inconveniences or risks in such delicate and sensitive moments. The stretcher is made of aluminium, easy to disinfect and suitable for special climatization. It has an intermediate position to facilitate the transfer of the body. With 2 or 4 pivoting wheels, the TGF-241 ensures mobility in narrow areas. In addition, the removable tray with wheels can also be used for loading in the upper compartment of the vehicle.

Special thanks to Bergadana for their kindness in the preparation of this article. 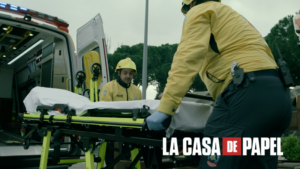